What is this Toolkit?

Where can I get the Toolkit?

The Cigar Box Method® – Toolkit for easy calculation of profitability  can be downloaded free of charge. It is currently available in four languages: • English • French • Russian • Spanish.

For a short explanation on the Cigar Box, visit Bakery Initiatives Group.

Where does "Cigar Box Calculation" come from?

Dutch pioneers went to Indonesia in the 17th Golden Century. They were real adventurers. They started coffee, tea or tobacco plantations in jungles which never before used for agriculture. Fit gentleman in their late twenties, usually from middle class families, undertook the long journey by sailing boat to Batavia. They used family capital to start the plantation.

After 5 years, the plantations started to bear fruit. Shipments of precious coffee, tea or spices were sent back to Amsterdam. Usually, the young pioneers ran out of money soon. Consequently,  they returned to Holland to find fresh (ad)venture capital. The young men would put on their nicest clothes and high hat. After that, they entered a ‘coffee house’  to be invited on a table with successful businessmen. They offered them a cigar. While they sipped coffee and smoked, they explained why they needed more money.

Usually, the gentlemen had little time. Therefore, the pioneer had to make his point in a simple, concise and convincing manner. Subsequently, they would take their box of cigars, flip it around, and write essential figures on the backside: size of the plantation, number of plants, investment per hectare, years to maturity and the expected first yield, the quality and the price. Finally, they indicated profitability and a made proposal how to share it with his investors. Normally, within 15 minutes the Cigar Box deal was done: or not done..! 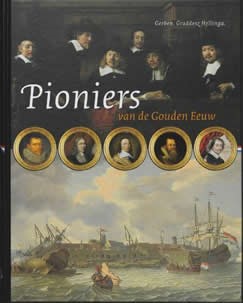 Inventors of the Cigar Box Method